If you praised Mary Ann Lockwood on how instrumental she was in establishing the ARCS Foundation Oregon Chapter, she would humbly put the focus on others. We can’t ignore that due to her connections at OHSU and knowing the right people, we must attribute our Chapter’s existence to her belief in the ARCS mission and what it could mean to the students at OHSU.

For over 60 years Mary Ann served OHSU in the offices of Publications, University Relations, and Community Relations. At the time when ARCS National wanted to develop a chapter in Oregon, Mary Ann was retired, but she worked on Special Projects for the then-president of OHSU, Peter Kohler.  President Kohler quickly became a champion for ARCS and enthusiastically hosted the first recruitment event in the OHSU Library where a requisite number of members was needed to begin the chapter. After meetings with an impressive group of ARCS members from Seattle (one being Susie Swindells, who also became a member of the Oregon Chapter) and later a group from the National Board, the chapter became a reality. Mary Ann and four other women, Ellen Richardson, Sharon Hewitt, Cornie Stevens, and Nancy Fischer, stepped up to found the chapter. Mary Ann often mentioned the essential roles that President Kohler and then-Provost Dr. Lesley Hallick played in the success of the chapter. To this day Lesley is an Associate Member of the Oregon Chapter.

With Mary Ann’s institutional knowledge of OHSU, she advised the other founders how to work with OHSU and avoid pitfalls. She was extremely protective of OHSU and wanted the chapter to honor its values.  According to Ellen Richardson, “There were occasions when Mary Ann got huffy with Sharon and me for some little (or big) shortfall.”

Mary Ann fulfilled the role of liaison between the chapter and OHSU. She served as secretary while the chapter was going through the incorporation process and she served on the chapter’s University Relations Committee where she could work directly with OHSU and our scholars. Because of her dedication, Mary Ann spent numerous hours with computer tutors trying to master the skills that she needed for ARCS. She was proud of the rapid and significant growth of the chapter in its early years, and the fact that our chapter was seen as something of a national model for new chapters. Mary Ann was also proud of the additional attention ARCS brought to the great work of the young scientists at OHSU.

To illustrate how humble Mary Ann was, Sharon Hewitt states, “When Mary Ann was awarded the ARCS Light in 2012 we had to resort to some trickery in order to get her to attend the Annual Meeting when she was announced as the recipient.” In her acceptance speech, she said we must continually appreciate and thank OHSU, thus taking the limelight off of her.

Thank you, Mary Ann, for visualizing the impact that ARCS would have on these young scientists! The Board has approved naming a Chapter Scholar Award in her memory. 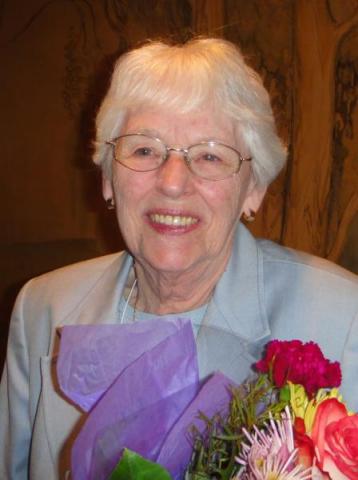