This all volunteer foundation has many hard working talented members.  The President’s Award, new this year, is to recognize an ARCS member who has made a significant contribution to the chapter, and is an outstanding ambassador for ARCS Oregon.

This year's inaugural awardee is Sheila Goodwin.  Sheila is a social worker who went to nursing school in her late 30’s, worked in hospice and eventually established her own company that provided professional geriatric care management and eldercare consulting services to individuals and families in the Northern Virginia area. Moving to Corvallis thirteen years ago, she volunteered with the Benton Hospice Service Board and chaired the board for two years.

Sheila and her husband Mike Goodwin, President and CEO of the OSU Foundation, have a special interest in helping young scientists.  Two children and a son-in-law are physicians, one an MD/PhD, and a daughter has a Masters in Public Health. They also support an ARCS Scholar.

Sheila joined ARCS in 2012 and immediately set about to recruit her friends, including OSU faculty to join ARCS.  She has been the force behind the growth of ARCS Oregon in the Corvallis area and Eugene.  There are now a total of 21 members from the self-named Southern Contingent who live in Corvallis, Eugene, Newport and Seal Beach.

The Southern Contingent members are a source of tireless women who provide srong support to our 37 scholars at OSU and UO. They host pizza parties twice a year for chapter scholars and first year scholars to make them feel connected to ARCS.  When our scholars complete their PhD, they show their support by attending their thesis defenses.  These members are key resources for program, field trip, and lab tour ideas at OSU.  Members in Eugene will be more active with UO scholars once their membership continues to grow.

This contingent of the ARCS Oregon Chapter would not exist in such a robust way if it not for the efforts of our first President's Award honoree, Sheila Goodwin. 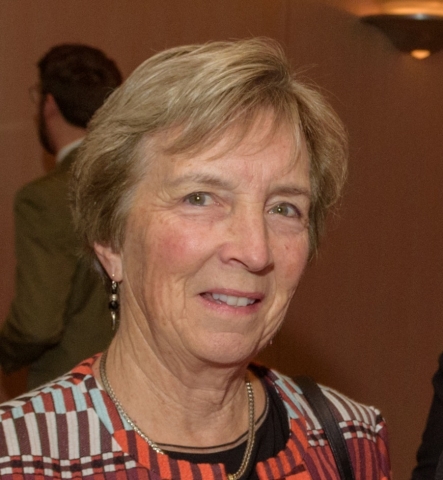