When Ed Ray stepped down as the President of Oregon State University at the end of June, his legacy will continue long beyond his tenure. He became the 14th president of OSU in 2003 where his service and notable achievements for 17 years are marked by others as exceptional. When asked about his legacy, Ed dismisses the question. He says, “I actually have no interest in that, even speculating. If you have to announce what your impact is, your legacy, you’ve lost the game.” However, he is happy to talk about some of the things that have been accomplished as a group effort. A few are mentioned here.

Beth Ray was Ed’s wife for 44 years before her death in 2014. Beth had a law degree, was an academic counselor and an advocate for student success. As a testament to her commitment to students and the love from the OSU community, a building on the Corvallis campus bears the name “Beth Ray Center for Academic Support”. The mission of ARCS Foundation Oregon caught Beth’s eye and she became a member in 2011. The Foundation is dedicated to providing financial awards to academically outstanding U.S. citizens studying to complete degrees in science, engineering and medical research. After Beth’s passing, Ed established the “Ed & Beth Ray ARCS/OSU University Matched Endowment” which will benefit scholars in the OSU Graduate School.

Ed will not be leaving Oregon State after stepping down as president. Instead he will remain as a professor of economics in the OSU School of Public Policy. He will begin a sabbatical in July and use that time to prepare courses, participate in school, college and university activities and continue to provide service in Oregon and nationally. Ed says that even as president his favorite activity has been spending time with students. His three children and three grandchildren and their families will surely appreciate more shared time with him. A new apricot colored standard poodle puppy named Charlemagne, and known as Chuck to his friends, eagerly provides companionship and enthusiasm!

Dr. Phillip Mote, OSU Vice Provost and Dean of the Graduate School shared, “During his 17 years as president of OSU, Ed Ray grew its research and graduate education several-fold; he forged the first US public-private partnership with INTO, a UK company, which has boosted OSU’s enrollment of international graduate students, and launched the top-ranked E-campus, which serves graduate learners around the country and the world. He culminated his years of direct support with ARCS Foundation Oregon by creating a University Matched Endowment in honor of his late wife, Beth Ray.”

ARCS Foundation Oregon, Oregon State University, the State of Oregon and beyond- all are better from the impact of this remarkable man - Edward J. Ray. 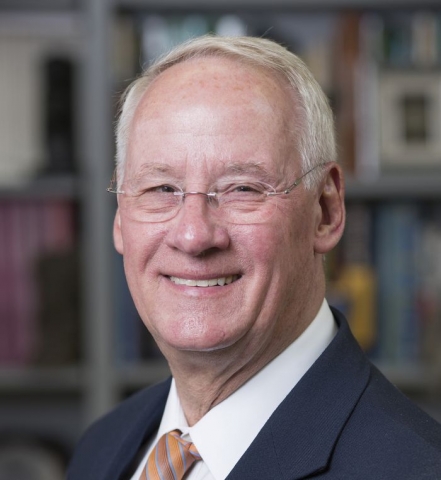