Foley talked about the need to encourage PhD candidates in science, medicine and engineering.  “The U.S. awards only 4 percent of global engineering degrees compared with 34 percent in China.  Our workforce is aging.  Half of our science-based research workforce is over age 40, and we do not have enough new scholars to take their place,” she said.

Foley accepted the honor from Dr. Joe Robertson, president of Oregon Health & Science University. OHSU was the first university to receive ARCS scholar awards when the chapter was founded in 2005. ARCS Oregon has funded 107 total scholar awards at OHSU, 66 at Oregon State University and 2 at the University of Oregon.

AFP’s “Outstanding Philanthropic Foundation” award recognizes a private or community foundation or community grant-making organization that supports not only nonprofit organizational goals, but also offers encouragement and motivation to nonprofits and grantmakers alike – a grantmaker providing innovative approaches to philanthropy.

“The Oregon/SW Washington Chapter of AFP is delighted to recognize ARCS Foundation Oregon for its rapid development as a philanthropic force in Oregon.  ARCS volunteers are deeply committed to the cause of advancing science and technology. Their high-achieving award recipients will change our world for the better.  AFP salutes ARCS for the time, effort and financial support its members provide on behalf of graduate students at OHSU, Oregon State University and the University of Oregon.”  Carol Van Natta, past president, AFP Oregon/SW Washington. 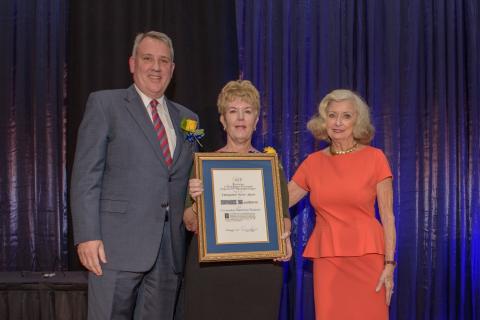