Caron Ogg is slated as the President-Elect of the Board of Directors and Officers, ARCS National, Inc. 2020–2021. On June 13, the complete slate was approved by the voting members of the National Board.

“Attending the ARCS 50th Anniversary All Member Conference in Pasadena in 2008 was a memorable event for me as I met and mingled with many like-minded women across the country and dined at Cal Tech where ARCS was born,” Caron said. “Over the years, I’ve had the opportunity to work with and admire ARCS members from all the other chapters as we continue our mission of supporting these brilliant and amazing scientific researchers.”

“I am excited and honored to serve as the President-Elect on the ARCS national board,” Caron added. “Networking with the other chapter leaders will bring best practices and innovative ideas back to Oregon. Serving in this capacity will also provide a voice to and from our chapter, our university partners, and our scholars.”

Caron joined ARCS Oregon in 2005, and served as chapter president 2010–2012. From the beginning, Caron has been “all in,” supporting ARCS with her time, talent as an experienced board member, gifted designer of our website and communications materials, and as a generous and innovative donor of ARCS scholar awards.

She and her husband Larry have supported named scholar awards and funded the first endowed award of the chapter, which rotates among our three approved universities, Oregon Health & Science University, Oregon State University, and the University of Oregon. Caron had the vision to establish the Oregon chapter’s University Matched Endowment (UME) program. The Oggs have funded UMEs at OSU in the College of Earth, Ocean, and Atmospheric Sciences and the College of Engineering, (Robotics).

In 2013, Caron was named Oregon ARCS Light. She has been instrumental in creating and maintaining the chapter’s Long Range Plan. She is the webmaster for our chapter, the driving force behind the chapter’s first video, and served on the board as VP Communications 2016–2018.

Caron served on ARCS National Board as VP Chapter Relations from 2012–13, as a member of the Information Strategies Committee from 2013–present, and on the Council of Advisors from 2017–2020.

Caron currently serves on the Oregon State University Foundation as a trustee and a member of the Executive Committee. She is President, Women’s Board of Governors, of Waverley Golf and Country Club. Since 2017, Caron has also served on the Oregon board of the National MS Society.

Her past work includes serving on the board of New Avenues for Youth from 1999–2017, and as a Washington State University Foundation trustee from 2005–2019. 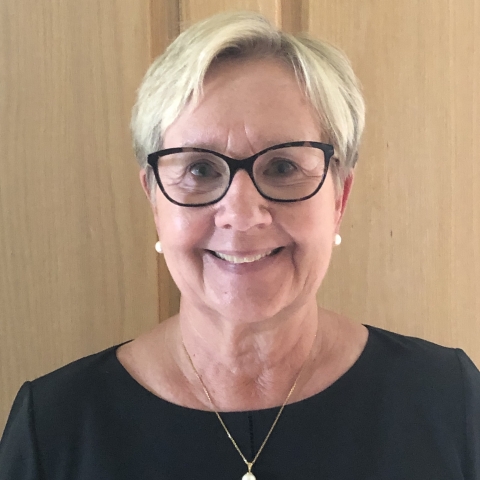