Aletha has been a loyal and contributing member of ARCS Oregon for eleven years.  She moved from California to Oregon with a background in journalism, including writing and communications.  She was also active with the Race for the Cure in Orange County where, as Race chair, she was involved with event planning and fundraising.

In her quiet manner, Aletha has shared her many skills and expertise to enhance our chapter’s growth. She has been an active member, chairing almost every committee!

The ARCS National All-Member Conference was held in Portland in fall, 2019. Again, Aletha stepped up and co-chaired this huge three-day event. The co-chair tasks included planning many unique events, procuring national and local experts to speak, showcasing some of our scholars, and hosting ARCS members attending from our 15 national chapters.

This year, besides co-chairing Philanthropy, Aletha volunteers for ARCS National, headed by our own, Caron Ogg.  Aletha chairs the National Communications and Marketing Committee as well as the editorial planning committee. Overseeing the National Website Refresh Project is another one of her responsibilities.

The Komen Foundation and race for the cure in Oregon and SW Washington also received Aletha’s attention when she arrived in the Pacific Northwest. She continued her critical involvement as a member of the Komen Foundation, as its board president, and chair of the Race for the Cure raising thousands of dollars for breast cancer research.

Aletha has brought her skills, diligence, and creativity to each position she embraces. We thank you, Aletha, for your love of ARCS and devotion to our mission. You are the epitome of the best volunteer a community could have! 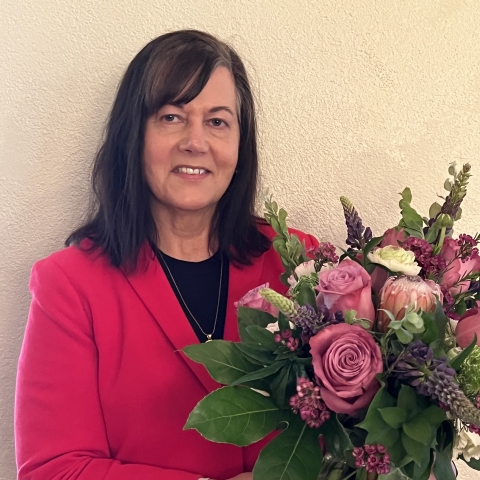