With Gratitude To Our Endowed Named Scholar Award Donors 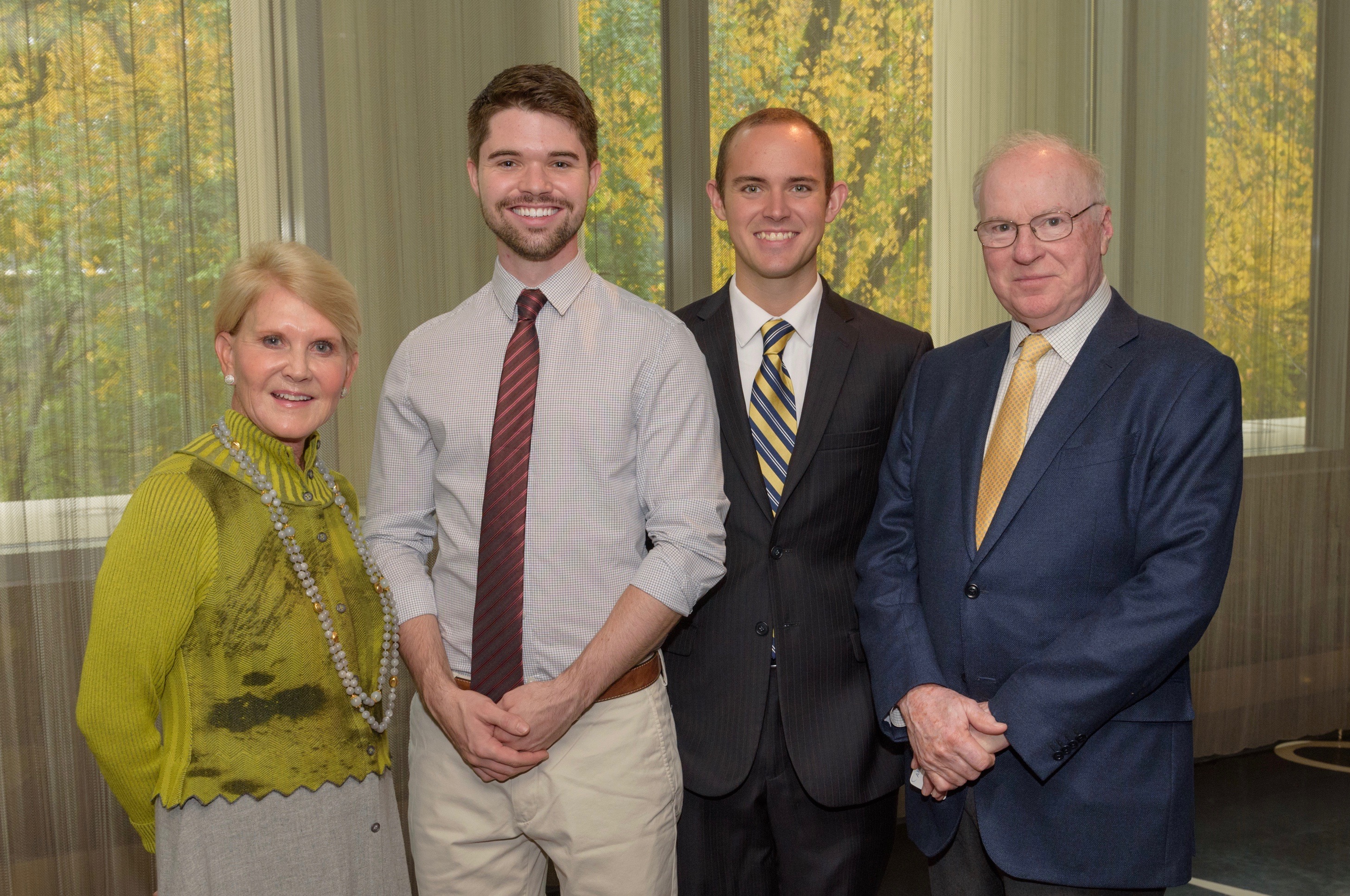 Through the extraordinary generosity of the donors below, the Oregon Chapter has been able to establish three (3) Named Endowed Scholar Awards in perpetuity. The number indicates how many scholars have been funded.

This is a new matching fund strategy that creates endowments to fund ARCS Scholar Awards in perpetuity. The donor contributes $100,000, while OHSU, OSU or UO match with $50,000, and the Oregon Chapter contributes an amount determined by the board. Seventeen (17) university matched endowments (UME) have been established since 2015. ​The number indicates how many scholars have been funded.

To celebrate a milestone in Oregon Chapter's history, a fund named "The 10th Anniversary Scholar Award" was established in May 2014.  A majority of members and community members contributed to the fund to support scholars in perpetuity.

Erik Torasson - Institute of Molecular Biology, UO
"Receiving an ARCS Scholar Award has been pivotal to my success as a graduate student. In my first year, my award enabled me to move to Oregon from the Midwest and pursue my PhD. Further, by supplementing my income throughout the important early years of my PhD, my ARCS award has reduced financial stresses and allowed me to focus on my development as a scientist, student, teacher, and mentor. Just as importantly, receiving an ARCS award has enabled me to interact with the incredible members of ARCS Oregon. Completing a PhD is not easy, but knowing that I have the unwavering support and excitement of the ARCS members behind me has been an important vote of confidence in my abilities and potential as a scientist. Together, the financial and social support of ARCS has helped me through the many challenges required to realize my goals of becoming a research scientist."